The world is so full of a number of things,
I’m sure we should all be as happy as kings.
- Robert Louis Stevenson

Two days later he was standing on a hill, next to an abandoned radar post, looking out at the lighthouse of Muckle Flugga, and past the small hump of the isle of Out Stack, to the empty sea. He had reached the northernmost point of the British islands. This was the edge of the board.

Instead of permitting himself guiltier pleasures, Richard had spent the night playing chess with the boy.

“Chess isn’t really my game,” the boy had told Richard. “I prefer poker.” And in an attempt to joke, or perhaps to punish Richard for his earlier display of weakness, the boy had flashed him that wicked grin that he had stolen from a friend a mere week earlier, and added: “Strip poker.”

Richard refused to be baited. He made certain the boy knew all the rules, and explained to him about openings, and control of the board, about lines of influence, forks and skewers. Then they played.

The first time Richard tried to let the boy win.

“You bought my time. And body if you want it. But not…”

He searched for the right word.

“Not your integrity?” Richard suggested. “You’re right. I apologise.”

“Of course you don’t. Are you gonna set it up again or not? And this time, bloody beat me if that’s how it goes.”

So they played again. At first they played while they talked. Richard told the boy that his mother had just died in a nursing home in Scotland. He had driven down to get the last piece of furniture she had owned, the roll desk. He was a veterinarian on the Shetland mainland. He admitted he’d dreamed of young men all his life but never had the courage to go through with it.

Really? the boy thought. And you think it was morals keeping you from going through with it with me?

The boy told him more embellishments to his story, but eventually the unbroken sequence of defeats turned him taciturn. Finally, instead of accepting his 6th or 7th checkmate, he simply took the king and moved it past the border of the board.

“No, Arik, that is against the rules.”

“Never been one much for keeping rules.”

“I don’t know what the reason was for you to leave your home on the promise of some guy on the internet, and maybe you really have been check mated. But your plan, finding happiness with some Ersatz father here, at the edge of the world, that is trying to cheat, isn’t it? Your version of trying to move your king over the edge of the board.”

“What if?” Sullen again, and this time it’s no act. “I’m here, ain’t I? All those rules people make up, they’re just excuses not to accept responsibility for their own lives. Any time I hear someone say, they have no choice I want to curbstomp them.”

“Yes, you are here, Arik. And where are you going from here? Where is that place beyond the edge?”

The boy was looking at it now, from the abandoned radar post. He had reached the ultima thule, the furthest North of the British Isles. Beyond the few last rocks was the open North Atlantic. If you went in a straight line from here, there would be nothing but open water until you reached the floating ice shelf at the North Pole.

Lerwick had been bad for him. The only actual town on the entire archipelago, and with its 17,000 inhabitants way too small for a single underage homeless thief to get bye. There had been no crowds to vanish in, no anonymity. The few hostels he could have afforded didn’t buy his stories and after he beat his retreat he didn’t dare even linger in the vicinity out of fear they might have informed the constabulary.

He hiked and hitched his way further north, onto Unst. He spent a night in the colourful bus stop at Baltasound. And now he made his way down from the hill, past the cliffs dotted white with Gannets and Puffins. When he reached the rocky beach, he stared out at the lighthouse. He tried to skip stones across the water, but the waves were choppy and every stone tumbled and sank.

He remembered the lion Groagramman from The Neverending Story, the second book he ever read. Graogramman and Bastian, the main character, had talked about wishes and dreams, and about travelling.

It is not enough to wish to leave a place, the lion had told the boy in the story. You need to know where you wish to go to.

Is this me taking the king over the edge, the boy thought as he made his first step into the cold salty water. Or is this me pretending I have no other choice?

The water flooded his boots. It crawled up his trouser legs. His penis and scrotum shrank away from the cold. When the choppy waves lapped against his belly button he gasped.

And then he saw the boat, tourists on their way back from the lighthouse. He thought he heard them laugh and shout. He was certain they had seen him, were pointing fingers.

Would they rescue him? Drag him from the water? Force life back into him the way the paramedics had done some three years earlier, his first failed attempt? He had never felt more helpless than when they took his death away from him.

For a while he stood in the sea, almost chest deep. In the swell of the cold water his body’s buoyancy made him sway drunkenly. Air bubbles still crawled up his legs from his boots and little folds in his jeans. The sheepskin lining of his jacket got heavy and pulled on his shoulders.

Where do I go from here?

Was this what he had meant?

Master Daddy Matt had once attempted suicide as well. But according to the way he told it, he had been rescued by an angel.

“It had been a glowing figure of pure light. When he touched me, I knew I would be okay. I called my friend John and he sent the paramedics.”

The boy thought back to the day he had tried. There had been no angel for him. He had seen no light. When Master Daddy Matt had talked about the angel, the boy had hoped it was a lie.

The boat had changed course. The tourists had stopped laughing. They were shouting at him now, waving their hands. The guide at the rudder was focused on the rocks just underneath the surface of the sea.

I hate you, the boy thought to his God. I hate you so much.

He turned around, waded back on land. Water spilled from his clothes. He didn’t even stop to pour out his boots. Feeling a bitter sense of shame he just ran from the Samaritans on the boat.

That night he returned to Lerwick. He had no particular plan. Perhaps he would try stealing again. Get caught. He had the romantic idea of reaching under his jacket when a police officer came for him. Of that OK Corral feeling, when he got to stare into a gun. Would Bev’s Swiss Army Knife be enough of a threat?

But instead he found a legal move to take his king off the board.

They got out of the car. The man eyed the boy suspiciously, as if checking for loot, or possibly weapons.

(I recently mirrored this blog on wordpress. Given the different engines, it has a feel and look of its own. Check it out.)

You talkin' to me?

FreeFox
"The possibility of 'individualism' is directly linked to the possibility of unsuccessful socialization. The 'individualist' emerges as a type who has the potential to migrate between a number of available worlds and who has deliberately constructed a self out of the 'material' provided by a number of different identities." (Berger & Luckmann, The Social Construction of Reality, 1966)

Hemingway said, writing is easy. All one has to do is sit down at a typewriter and bleed. I'm trying to heed his advice.
I'd recommend beginning at the beginning, since this is one continuous tale. I'm grateful for any comments about form, language, characters, plot, morals, or whatever. (And please feel free to point out mistakes, grammatical, orthographic, geographic, or factual.) Any piece of your mind will be thoroughly savoured! ^_^ (hmmm, brains...)

Pictures are almost invariably foraged from the web. No copyright infringement intended. Tell me to remove pictures or add copyright notifications if you feel it would be appropriate or necessary. Otherwise, thanks to all the named and unnamed giants on whose shoulders I stand. I am aware that in the end, every work of art is created in collaboration with all of humanity. 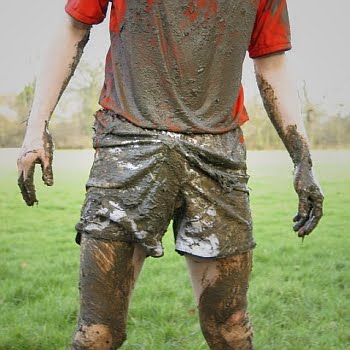 Map of my Journey

...visit This Blog About Child Abuse!